Rick Fleming, the founder of the Calabogie Highlands Golf Resort, started with a farmhouse on the shores of Calabogie Lake and a dream to build a playground community everyone will enjoy. His love of the land and the history it holds tells a story of something special that people can enjoy for years to come.

Rick Fleming and his family called the rolling hills of Calabogie home. His father, a retired military man, bought the property in 1949 to be used as a cattle farm. The land was turned over to Rick when he was 18. He had 190 head of cattle grazing the fields. Other than cattle and farmworkers, Rick and his family were the only ones able to appreciate the beauty of this property.

One day a golf course designer happened by the farm and asked Rick to take him for a tour of the property. He was taken back by the layout of the land and the scenery and said, “This should be a golf course!.” He couldn’t say enough, stating, “It would be an incredible place to build a course where people could enjoy not only the golf but the incredible surrounding views.” Young Rick continued his farming but always remembered the words of the golf course designer and his vision.

Rick began checking out nearby courses and started planning a new use for his farm. Five years later, Rick found golf course designer Bill Dolgas in Montreal, and the plans began. Bill insisted that even though almost all the courses in the Ottawa Valley at that time were only nine holes, all courses should be 18 holes. He told Rick that nine holes were only half a golf course.
​
By this time, Rick had some built-in labour in his five children who worked very hard to help ready the farm for golf. They pulled rocks, drove tractors and cleared fields. Family and friends worked together to see the vision come to reality. The first nine holes opened in 1983, but it soon became evident another nine holes were needed.

What was to become the second nine was still grazing grounds for the cattle. During one golf tournament, 160 of the 190 cows found their way onto the golf course. Golfers were very careful as to where they stepped, and cow patties were declared ground under repair with a free lift.

In those early years, the course opened at 6:00 a.m., and each day green fees sold out quickly. The second nine helped alleviate some of that congestion. Over the years, Rick and his family worked incredibly hard to bring Calabogie Highlands Golf Resort to the beautiful and enjoyable course it has become today. Along the way, another nine was added to the Island Nine and Mountain Nine to make 27 holes. As the new nine holes, the Lakeview Course soon became a favourite to many who preferred to play nine holes while enjoying the beautiful Calabogie hills.

Shortly after opening the course, Rick became one of the founders of the National Golf Course Owners Association of Canada. He had learned the value of collective purchasing through his farming days and could translate that into savings for golf club owners when they worked together.

In 2015 the course was re-positioned back to 18 holes with each nine returning to the clubhouse. In 2018, work began to restore six holes back to the original layout. In 2020, there are two courses, “The Major’s Nine” and “The General’s 18.”

Rick and his family say thank you to all the people who supported the Highlands over the years. The management and staff look forward to their current and future contribution in providing an exceptional golf facility and their role in growing the game of golf. 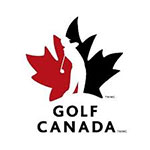 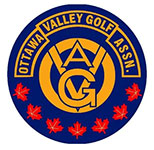 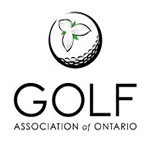 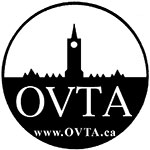